The gynecological specialists of Beverly Hills Physicians are among Southern California’s most experienced practitioners in the diagnosis and treatment of ovarian cyst pain. Of course, not all cysts require the same treatment. In fact, if you are a woman, there’s a reasonable chance you’ve had more than one ovarian cyst and never even knew it. That’s because most cysts are completely harmless growths that can be part of your uterus’s normal functioning, and usually go away on their own. When persistent pain becomes an issue, however, action must be taken.

Ovarian cyst pain may manifest itself in a number of ways. Pelvis pain is common, but an ache in the lower back and thighs may also be related to cysts in the ovaries. Pain may also present itself during sexual intercourse or be combined with abdominal swelling and discomfort. Other symptoms include excessive or unusual bleeding, vomiting and/or nausea, and sensitivity of the breasts.

Cysts can cause pain and other problems for a variety of reasons. Therefore, determining the correct ovarian cyst treatment requires a truly knowledgeable gynecologist. While it is only natural for patients to be concerned about the possibility of ovarian cancer, it is important to remember that 95% of cysts are benign (i.e., free of cancer). Of course, in the relatively rare circumstance when a malignancy exists, it’s important to remember that cancers today are usually highly treatable. In other cases, the cause of ovarian cyst pain may actually be a pregnancy. Most often, however, the cause is a number of other problems associated with a particular cyst.

Once a correct diagnosis has been made, a Beverly Hills Physician gynecologist will work with the patient to select the optimal ovarian cyst treatment. These can range from watchful waiting combined with pain medication, to hormone therapy, including the use of birth control pills, to surgical ovarian cyst removal. When surgery is called for, it can often be handled using minimally invasive laparoscopic technology if the cyst is small enough and the doctor is confident that it is benign.

Whether the problem is treated via ovarian cyst surgery or by some other means, Beverly Hills Physicians specialists are the very best at what they do. While pain caused by ovarian cysts can be distressing, thanks to the doctors of BHP, it should be relatively short-lived. 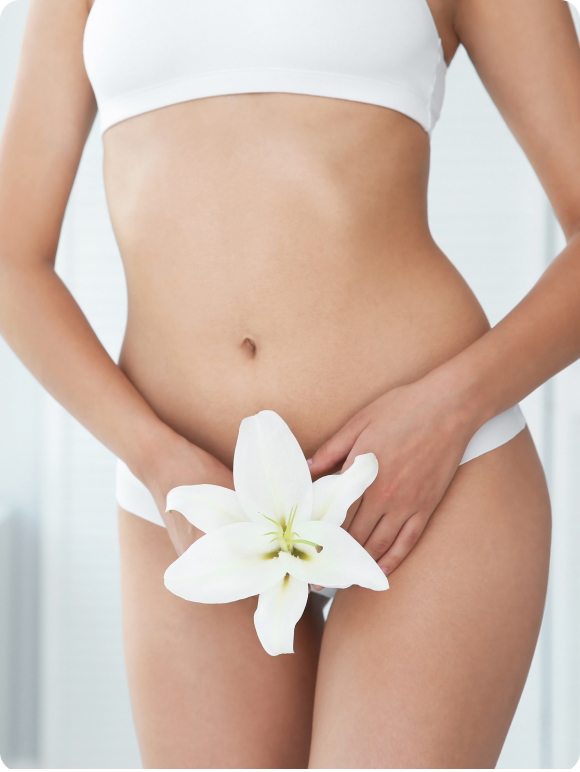 Whether you are experiencing pain in the pelvic area that may be related to such issues as ovarian cysts or endometriosis, or you are interested in vaginal reconstruction to correct excessive laxity or other issues, Beverly Hills Physicians is home to Southern California’s finest specialists. Our doctors are highly experienced board certified practitioners who understand the concerns faced by today’s women as they deal with a host of health concerns.

Where you go for treatment matters a great deal, and women who want to be sure they have access to the finest possible doctors should consider BHP their primary resource for a host of health and beauty issues. In addition to outstanding gynecologists, our staff includes many of California’s finest plastic surgeons, weight loss specialists, and podiatrists. From labia reduction to lap bands and solutions to such common foot problems as bunions and hammertoes, Beverly Hills Physicians is here to help women lead healthier, happier lives.