What is Hiatal Hernia?

A hiatal hernia is an anatomical abnormality in which part of the stomach protrudes through the diaphragm and up into the chest. Although hiatal hernias are present in approximately 15% of the population, they are associated with symptoms in only a minority of those afflicted. 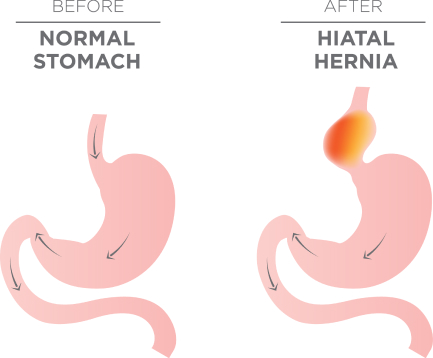 What are the symptoms of Hiatal Hernia?

The vast majority of hiatal hernias are of the sliding type, and most of them are not associated with symptoms. The larger the hernia, the more likely it is to cause symptoms. When sliding hiatal hernias produce symptoms, they almost always are those of gastroesophageal reflux disease (GERD) or its complications. This occurs because the formation of the hernia often interferes with the barrier (lower esophageal sphincter) which prevents acid from refluxing from the stomach into the esophagus. Additionally, it is known that patients with GERD are much more likely to have a hiatal hernia than individuals not afflicted by GERD. Thus, it is clear that hiatal hernias contribute to GERD. However, it is not clear if hiatal hernias alone can result in GERD. Since GERD may occur in the absence of a hiatal hernia, factors other than the presence of a hernia can cause GERD. 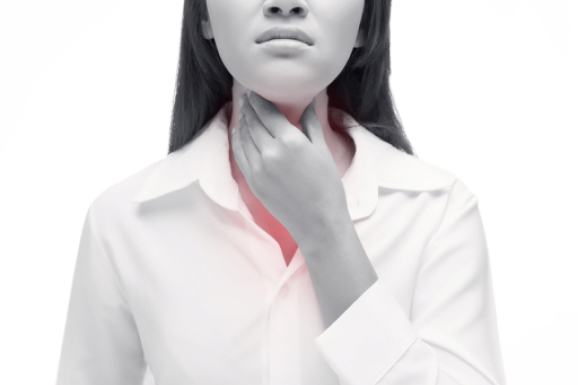 How is Hiatal Hernia diagonosed?

Hiatal hernias are diagnosed incidentally when an upper gastrointestinal endoscopy is done during testing to determine the cause of upper gastrointestinal symptoms such as upper abdominal pain. On endoscopy, the hiatal hernia appears as a separate “sac” lying between what is clearly the esophagus and what is clearly the stomach. This sac is delineated by the lower esophageal sphincter above and the diaphragm below. The hernia may only be visible during swallows, however.

How is Hiatal Hernia treated?

Treatment of large para-esophageal hernias causing symptoms requires surgery. During surgery, the stomach is pulled down into the abdomen, the esophageal hiatus is made smaller, and the esophagus is attached firmly to the diaphragm. This procedure restores the normal anatomy. Since sliding hiatal hernias rarely cause problems themselves but rather contribute to acid reflux, the treatment for patients with hiatal hernias is usually the same as for the associated GERD. If the GERD is severe, complicated, or unresponsive to reasonable doses of medications, surgery often is performed. At the time of laparoscopic surgery, the hiatal hernia is eliminated in a manner similar to the repair of para-esophageal hernias. However, in addition, part of the upper stomach is wrapped around the lower sphincter to augment the pressure at the sphincter and further prevent acid reflux.