A reality TV star who lost an astonishing 13 stone (182 pounds) with the help of a sleeve gastrectomy has been getting a fair amount of attention in the UK. The former star of, “This Only Way Out is Essex,” a hugely popular scripted reality show, began to gain weight rapidly after he gave up alcohol and drugs in the wake of a near-fatal overdose in 2019. The pandemic lockdowns of 2020 made the situation worse for the 30ish TV personality and he decided to obtain a gastric sleeve. On the first anniversary of his procedure, James Argent says getting a gastric sleeve surgery was the best choice he ever made. While most procedures at Beverly Hills Physicians involve more modest weight losses, the stunning outcome in Argent’s case demonstrates how effective they can be. 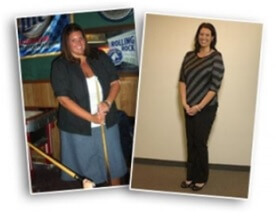 Before the wide use of weight loss surgery, the statistics on defeating obesity were truly dismal. While a minority of determined individuals has always been able to achieve their goal weights, the number of people who were able to keep their weight off for a significant length of time was depressingly minuscule.

The reasons for the daunting statistics are increasingly well-understood. When people lose even fairly small amounts of weight, their bodies begin to act as if a famine may be underway; the reaction is that much stronger when people lose a major percentage of their body weight. At this point, the production of hunger-inducing hormones goes into overdrive. The result is that dieters feel physically hungry even when they know intellectually they have eaten more than enough food. In hunter-gatherer times, this response probably helped the human race to fight starvation and thrive. But in our modern world of readily available high-calorie food, it can make our lives shorter and a lot less enjoyable.

Sleeve gastrectomies are relatively simple procedures that remove about 70 to 80 percent of the stomach, creating a sleeve-like pouch. This reduces the appetite in two ways. A smaller stomach means that eating too much food will be uncomfortable, providing a strong physical motivation to keep food intake under control. Just as important, removing large portions of the stomach reduces the production of hunger hormones. Thus, patients are motivated to work harder at eating healthily while also relieving them of the often impossible task of ignoring the incessant cravings.

If you think that you or a loved one could benefit from a weight loss surgery, please calls us at the number on your screen or request a consultation online.