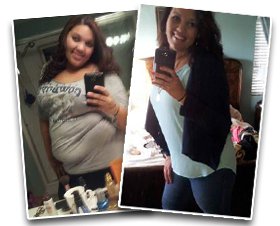 The number of men getting plastic surgery in Britain has grown dramatically, says a recent article published by The Guardian. This may indicate a drastic shift of growing enthusiasm in plastic surgery obtained by men around the world who wish to improve the appearance of their body and maintain a youthful appearance. The article tells the story of a young English man with slightly protruding breasts who had been advised by colleagues to exercise in order to “shed the fat,” but the end result just expanded the size of the breasts as muscle tissue grew beneath them. The man explains that the chest reduction procedure was quick and relatively painless, and provided impressive results. He notes that after explaining to colleagues that he’d had the surgery, “no one really judged him,” which may be a typical example of the reduction in stigma among male plastic surgery patients worldwide.

One of the biggest reasons some men are hesitant to have work done is because they have previously considered plastic surgery as being associated with women. Nonetheless, while plastic surgery procedures among women have reached an all-time high in terms of acceptance and popularity around the world, male cosmetic surgery is catching up. Some of the procedures rapidly rising in popularity among men include male breast reduction, rhinoplasty, tummy tucks, ear pinning, liposuction, and bariatric surgery.

Liposuction is a safe, reliable method to remove excess and stubborn fatty tissue that diet and exercise fail to eliminate. Because men in our society are expected to have flat or muscular chests, men with gynecomastia or enlarged breast tissue, an issue that is often hormonally driven, may feel self-conscious or embarrassed by it if their body appears too feminine. The good news is that we at BHP are highly experienced and understanding of the social pressures men face.

While bariatric medicine is by no means a form of cosmetic surgery, it is another surgical procedure also growing in popularity among male patients that has tended to skew somewhat female in the past, despite its strong health benefits for all genders. For men with severe obesity who struggle to reduce excess weight via dieting and exercising, weight loss surgery offers dramatic results, and the benefits are consistently life changing.