According to recent press reports, obese men who had low testosterone levels prior to having bariatric surgery saw improvement in their levels of the hormone after having a laparoscopic sleeve gastrectomy procedure. In a study of 58 male sleeve gastrectomy patients, half of whom had low testosterone levels before the procedure, every single one saw at least some increase in their testosterone levels after losing weight. This study is fantastic news for any severely obese men considering weight loss surgery, but who may be on the fence as far as the benefits it can have for them personally.

It’s clear that male patients are a group that could likely use more motivation to pursue weight loss surgery. In fact, reports state that only 20 percent of the patients that receive a bariatric procedure are male. This is despite the fact that obesity is equally prevalent in both men and women and about equally dangerous to both genders. While various theories exist as to why men are so underrepresented in bariatric surgery, including the fact that men are more hesitant to seek medical care and that women face more societal pressure to be thin, more must be done to reach out to male patients to make them aware of the true benefits of bariatric surgery.

By raising their testosterone levels, men could experience such benefits as an increased sex drive, better muscle and bone strength, and an overall greater energy to excel in work and enjoy other activities and interests. The benefits are compounded because dramatic weight loss on its own offers many of the same benefits brought about by an increase in testosterone.

While the benefits associated with increased testosterone would surely be appreciated by many potential male sleeve gastrectomy patients, this is a great opportunity to remind both male and female patients that the procedure can also bring about truly life-saving changes, including remission of type 2 diabetes and heart disease. Because obesity is regarded as the second leading cause of death behind smoking, and bariatric surgery is considered to be the best medically proven method to combat obesity, it’s undeniable that weight loss surgery is one of the best choices that many obese patients can make for themselves. 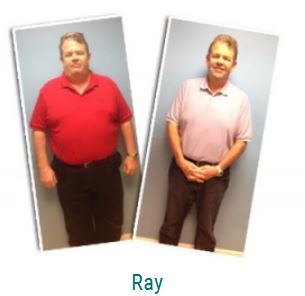