A slideshow we recently posted on Instagram, depicting a very graphic look at a tummy tuck (abdominoplasty) procedure, caused some concern from viewers about the issue of vertical scarring. (You can see the slideshow via this link, but be aware that it contains some extremely graphic images that are not for the squeamish.)

An explanation is in order. First of all, most tummy tuck procedures involve only a horizontal incision. The incision is typically placed on the lower abdominal area, below the bikini or panty line, with the added bonus that scars tend to fade and become less obvious over time.

The picture that appeared on Instagram, however, involved what is known as a fleur de lis abdominoplasty. A fleur de lis procedure adds a horizontal incision to the usual vertical incision to allow for the removal of significant loose skin; the resulting shape is somewhat similar to the fleur de lis (flower of the lily) symbol that many of us may associate with the Boy Scouts and Girl Scouts. This type of procedure is typically only performed when the patient has lost a very large amount of weight, usually with the help of a weight loss surgery or aggressive diet. When skin is overstretched beyond certain physiologic limits, it losses laxity and does not shrink back to its original shape. For example, a fleur de lis would likely be performed on a patient who had lost a very large percentage of his or her overall body weight – often as much as 100 pounds or more, and mostly from abdominal area. However, in a case where a patient had gained and lost a small amount of weight, such as the “baby weight” that often follows a pregnancy,  an ordinary abdominoplasty with a low laying horizontal incision would be sufficient. 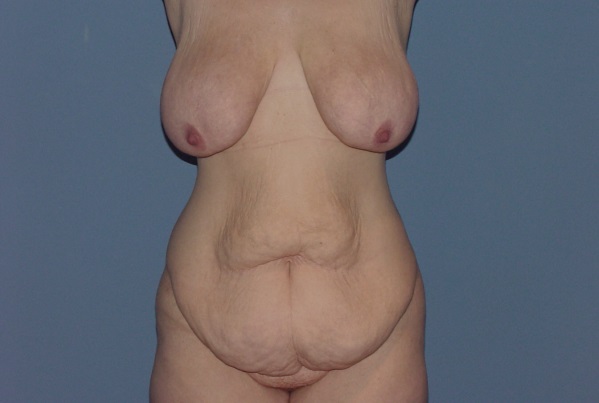 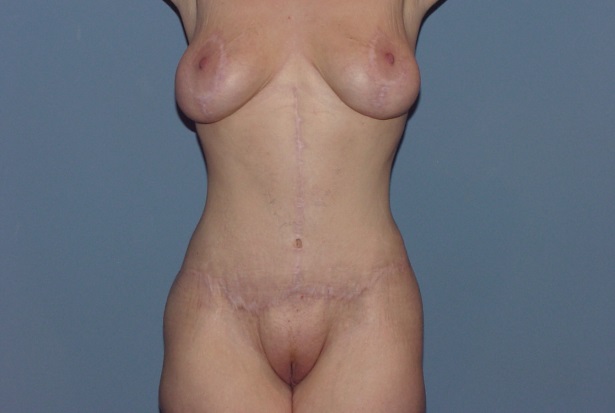 Nevertheless, the fleur de lis procedure has been proven to provide outstanding results for patients who are left with a great deal of loose skin and other tissue following a major weight loss. To give you an example of what we’re talking about below is an example of a “before” and “after” results for fleur de lis adominoplasty.

As you can see, the “after” picture above shows a fairly modest horizontal scar right along the bikini line. Keep in mind, the horizontal scar is low enough to be hidden by panties, bikinis, or low cut jeans or a skirt. There is an even harder to spot vertical scar visible in the picture. While most people would be able to spot the vertical scar after it had been pointed out to them, it’s entirely possible that many viewers who didn’t know about the procedure would miss the vertical scaring completely.

In any case, we think it’s pretty clear that the second picture is a dramatic improvement over the first picture. While we’re always working hard to minimize scarring, it’s a necessary part of almost any surgery.

The last point is that fleur de lis surgery is a highly technical and complex surgery and requires years of training and experience. Most plastic surgeons cannot offer this surgery due to technical challenges of the procedure.

We will be happy to address any questions regarding this case.