A recent article on Live Science reports on a Norwegian study looking at 34 severely obese people with an average weight of 275 pounds. These individuals participated in an intense, medically supervised program of low calorie diet and exercise while a control group received a less vigorous weight loss program. On average, members of the more active group were able to lose an average of 24 pounds. Unusually, the study’s participants were successful in keeping the weight off for a two year period. Unfortunately, however, increased levels of hunger hormones persisted and so did a higher level of feelings of hunger. Moreover, after the weight loss, participants’ bodies actually slowed the speed at which they burned calories, making it even more challenging for them to remain at their present weight. Thus, while it was possible to lose a relatively modest number of pounds for an extensive period, the study’s participants will either have to struggle against their hungry feelings indefinitely or regain their lost weight. While the study concluded correctly that weight loss is a chronic problem requiring lifelong attention, it didn’t discuss the reality that a bariatric procedure can make defeating severe obesity much more achievable by getting at the root of the problem: hungry feelings that are out of proportion to the body’s actual need for food. 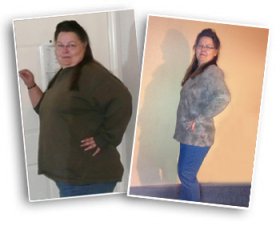 The most prevalent weight loss operation, a gastric sleeve procedure, works in two ways. First, it reduces the stomach’s size by at least three quarters. As you might expect, this makes overeating uncomfortable, creating an unpleasant association with overeating. In addition, the procedure removes the upper part of the stomach, called the fundus. This appears to be the seat of most of the body’s production of the hormone chiefly responsible for feelings of appetite. Beverly Hills Physicians notes that overweight people tend to produce more of the hormone and, to make matters worse, production of ghrelin actually appears to increase after individuals lose weight. Fortunately, removing the fundus largely removes the problem by drastically reducing the body’s production of the hormone. The result is that people are able to focus on changing their eating habits without being driven to distraction by constant pangs of appetite that are essentially indistinguishable from genuine feelings of hunger.

The participants in the Norwegian study, while severely overweight, will have to struggle indefinitely in order to maintain what appears to be a relatively modest, though certainly beneficial, weight loss. While bariatric patients also have to exert some effort, they are typically able to lose significantly more weight and keep it off, mostly because  their reduced feelings of appetite means that they are able to focus on developing a healthier lifestyle without being constantly distracted

If you’re interested in learning more about a weight loss surgery here at BHP, give us a call at the phone number above or request a consultation online.